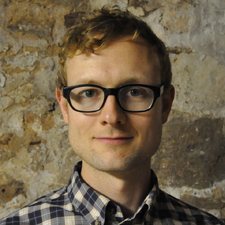 Brian R. Jacobson is Lecturer in Film Studies at the University of St Andrews. His writing about film studio architecture and urban visual culture has appeared in History and Technology, Early Popular Visual Culture, and Media Fields Journal. In 2013 he was awarded the SCMS Dissertation Award, and he is currently completing a book about the origins of film studio architecture and the emergence of cinematic space.

Articles on Amodern by Brian Jacobson 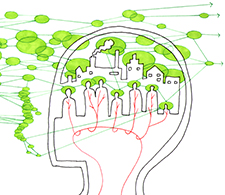 Although better known as one of the world’s largest early film studios, by the late 1910s, Gaumont’s Cité Elgé had become a key node in the networks of media development that linked cinema, military, and telecommunications technologies. Following the war, Gaumont made new media technologies central to its efforts to survive despite declining film profits. Focusing on the company’s non-film work, this article describes an alternative history of Gaumont as an intermedial producer of technology and visual art. It argues that we should look back to the Cité Elgé with an eye to the important ways that studios have long contributed to the kind of intermedial relationships that have conditioned today’s “convergent” new media landscape.