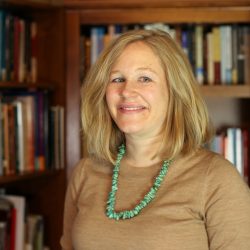 Christina Svendsen is a Visiting Assistant Professor of French and German at Centre College. In 2015-2016, she was a Mellon Junior Fellow at the University of Pennsylvania’s Humanities, Urbanism, and Design Initiative. She has translated two novels by the writer and architect Paul Scheerbart and is currently revising a book manuscript titled Stone, Steel, Glass: Architectures of Time in European Modernity.

Articles on Amodern by Christina Svendsen 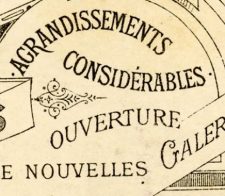 Ephemerality is characteristic of modern mass media, whereas buildings are assumed to incarnate stable historical memory. Yet in modernity temporary construction became a norm inaugurated by technological innovation of the World Fairs. I take two thresholds as exemplary: the Eiffel Tower, entrance gate to the 1889 Exhibition Universelle; and the Jugendstil entrance to the 1900 World Fair. Both were designed to be ephemeral, yet the Eiffel Tower was preserved while the other was not. Their fate shows how architecture participates in modernity’s mediatization of memory. The periodic creation of ephemeral artificial environments from man-made iron and glass suggests a new rhythm for technology, mimicking cycles of biological growth and decay.