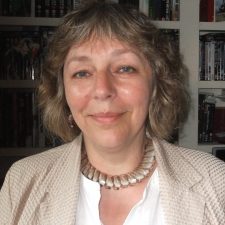 Karin Littau is Professor in the Department of Literature, Film, and Theatre Studies at the University of Essex, UK. She has published on book and film history, comparative media, translation, and reception studies. Her next book is a history of literature and film for Routledge, others include Theories of Reading: Books, Bodies and Bibliomania and most recently the co-edited volume Cinematicity in Media History.

Articles on Amodern by Karin Littau 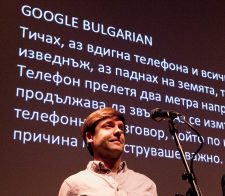 Drawing on Victorian visual studies, this essay addresses the ways in which Edward FitzGerald co-opted optical media into his translational practice and theory for his numerous renditions of the Rubáiyát of Omar Khayyám. The aim is to show that his stance on translation – like that of his contemporary Dante Gabriel Rossetti – while imbued with older cultural beliefs and practices, such as the transmigration of spirits and souls, is also strikingly contemporary when it comes to one of the key media technologies of his age: the magic lantern. The focus on the little noticed connections between translation and optical media is intended as a step towards a more comprehensive media history of translation that pays attention to translation not only in the familiar contexts of oral and written cultures but also in visual and screen cultures.