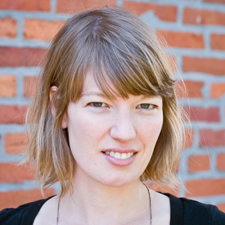 Kris Paulsen is Assistant Professor in the Department of History of Art and the Film Studies Program at The Ohio State University. Her writing on early video and new media art has appeared in Representations, Leonardo Electronic Almanac, X-TRA Contemporary Art Quarterly, and Design and Culture. She is currently working on two book manuscripts, “Here: Indexicality, Virtuality, and Art at the Interface” and “Mass Medium: Artists Television in the United States, 1965 to the Present.”

Articles on Amodern by Kris Paulsen 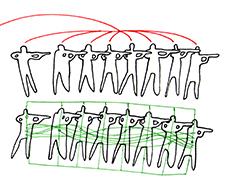 In the late 1960s, guerrilla television emerged as an alternative to corporate TV. This essay argues that television broadcasts of guerrilla video were merely the “aboveground” operations of an underground network built on half-inch videotape and the US Postal Service. The “guerrilla” aspects of guerrilla television are found in its use of distributed exchange networks, not in the occasional disruptive appearance of countercultural content and experimental aesthetics in the flow of conventional television. This essay aims to shift the discussion of guerrilla television away from the politics of aesthetics and content, to consider the politics of production and distribution, and the radical power of physical media in the digital age.