Articles on Amodern by lianne-mctavish 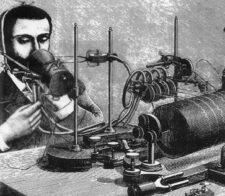 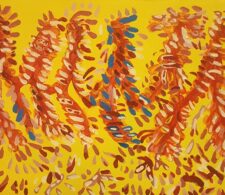 The Poetics of Medical Imaging

With the rise of medical imaging technologies in the latter part of the twentieth century, Charles Olson’s famous exhortation that poetry should explore the body’s depths and interiors has become literalized and depersonalized in the spectacle of the MRI, ultrasound, and CT scan. This essay explores how contemporary poets with disabilities, including Hillary Gravendyk, Alex Lemon, Laurie Clements Lambeth, Danielle Pafunda, David Wolach, and Joyce Cutler-Shaw, are investigating this transformative relationship to the interior of the body. They work to probe and expose the ways that medical imaging shapes the body and its treatment, while at the same time appropriating and reinterpreting the spectacle of the body’s interior through their own visual aesthetics and activism. 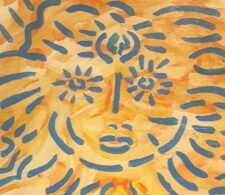 “45 DEGREE ANGLE CAN’T DO IT ON THE TYPEWRITER”

This article shows that rather than simply being symptomatic of her psychiatric disability, the origins of New York School poet Hannah Weiner’s poetic innovations are complex and interactive. Weiner’s use of diagonally-typed words, words typed in red ink (which were freshly seen as she was typing/revising her manuscripts), and her use of radical revision are the results of her negotiations not only of her psychiatric disability, but also of her sociohistorical context, material conditions, and aesthetic affiliations. I argue that Weiner’s typewriter-based formal innovations enact her open-ended, processual approach to identity and psychiatric disability, thereby extending her interrogation of categorical, normalizing ways of thinking about health and embodied difference. 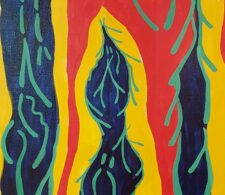 This essay combines ecopoetics and disability studies to propose that Larry Eigner’s compositional practice be considered an ecrippoetics. Eigner wrote his poems on a manual typewriter, a type of prosthesis that accommodated his disability, cerebral palsy, which made writing by hand and other activities such as walking difficult. Using Michael Davidson’s idea of the “defamiliar body” and Barrett Watten’s notion of “the missing X,” in combination with Timothy Morton’s deconstructive dark ecology, I argue that Eigner’s typing creates irreducibily graphic texts, “material pages” that refuse distinctions between inside and outside, foreground and background, thereby producing poems that think “the ecological thought” in form and content. 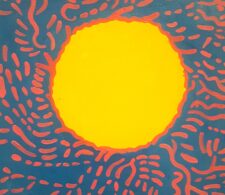 In 2010, ten-year-old Zahra Baker disappeared in North Carolina. Baker, who wore a prosthetic leg and hearing aids, became a media sensation in case that quickly became classified as a murder. This essay examines true crime and disability through the lens of Jillian Weise’s long poem, “Elegy for Zahra Baker,” in which Weise describes the period of waiting between Baker’s disappearance and the discovery of her body. In navigating Baker’s case and the larger sociocultural treatment of the disabled body, “Elegy for Zahra Baker” questions boundaries between private and public life, and brings to light the myriad ways in which bodies become a consumable product for public view. 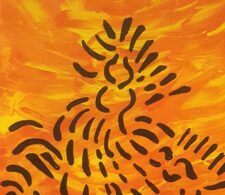 This essay explores a distinctive function of disability poetry, which is to modulate aesthetic distance by presenting disability as a conspicuous difference or as a universal feature of human life. This article draws upon disability poetics to illustrate how disability poetry uses sameness and difference between bodies and subjective experiences of the world in order to achieve a variety of affective goals, from ridiculing ableist expectations to creating empathy. 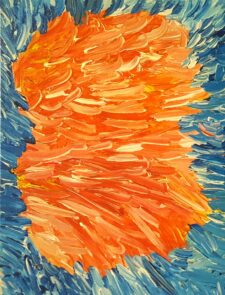 The body-mind is a dynamic site on which social, economic, political, and cultural situated experiences are fluidly mapped. Lived experiences of body-minds, including experiences of pain, fatigue, mobility, tension, confusion, anxiety, and depression – invisible and visible disabilities – intersect with and co-consititute inaccessible and accessible environments, media, and technologies. Our body-minds are contested and transformed as our sense of the self extends into computers and software, and into public, private, and commercial spaces.

In this special issue, contributors attend to the intersections of the body-mind with poetry, media, performance, and technology to unpack the meanings of disability and being disabled. The poetics – and politics – of disability makes possible multifarious forms of invention, while challenging received cultural assumptions about body-mind functionality. The contributors engage disability as it informs and is informed by embodied experiences of race, class, kinship, gender, sexuality, and location. Their essays approach the poetics and politics of disability to apprehend the body and mind, while thinking through how language, performance, and technology critically shape both representation and situated experience. This special issue underscores that to stage poetry – and the language we use to examine, describe, study, write, or imagine the poetic object – in relation to a wide spectrum of embodiment and cognition is to critique and reimagine the representations that reduce the disabled body and mind to clinical protocols. How does new media reimagine the interiority of the body-mind? How do sensory experiences expand into technological spaces? Where do ideas of body and mind collide with the transformative context of textual and physical bodies? 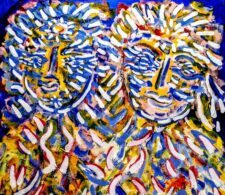 “Speaking of Messes” analyzes the ways Douglas Kearney’s use of stutter aligns itself with both critical race and crip methodologies. With mess as his critical methodology, or, what I call a “messodology,” Kearney engages fragmentation, failure, polyvocality, and even stutter, as he sinks into the potentially fraught and generative tensions of disability and race. Using mess as a way to add multiplicity and meaning to his work, Kearney lingers with the possibilities of fragmentation that the stutter offers. By remaining attentive to practices of voice, individual specificity, and cultural expectations, Kearney’s work DISplays the necessity of a multiplicity of voices in cultural creation. 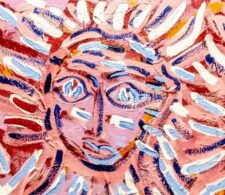 THE CRIP POETICS OF PAIN

This essay considers how my experience of living with scoliosis-related disabilities and chronic pain has shaped my own poetic and scholarly practices. Through readings of contemporary disability poetry, disability theory, and interdisciplinary frameworks in pain studies, I argue that disability poetics offers the formal means of reimagining pain beyond unsharable, unknowable pathology. I make a case for crip poetry as cripistemologies of pain: literary speculations on more collective ways of knowing through pain and its embodied sensations that expand pain’s cultural imaginary. Such cripistemologies of pain can intervene in the larger crises of pain like the opioid epidemic by imagining new forms of compassionate care for those living with pain. 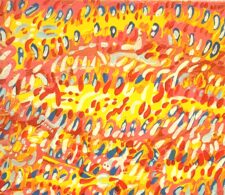 The Poetics of Meat, Mad Cows, and Human-Animal Illness

It may seem nonsensical to suggest that there could be such a thing as a nonhuman disability poetics, given that language is widely presumed to belong only to human beings. But Ariana Reines’ The Cow gives the lie to this assumption – not by appealing to arguments that nonhuman animals have languages of their own, but by excavating the poetic processes through which the language of industrial farming materially alters both nonhuman and human bodies. Through a formal analysis of “mad cow disease” in The Cow, this essay argues that poetry makes it possible to reckon with, rethink, and repurpose the language we might use to imagine disability beyond the human.