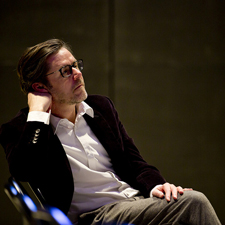 Steve Evans teaches poetry and poetics at the University of Maine, where he also co-directs the National Poetry Foundation and coordinates the New Writing Series.

Articles on Amodern by Steve Evans