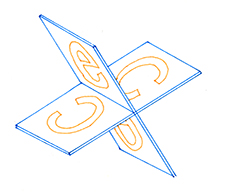 Toward the Dissolution of Certain Vectoralist Relations

Author's note: This is the complete text of an expository poem, early- and perhaps, therefore, "A-modern" in style. The author’s commentary on the poem is provided by the text of a polemical-scholarly essay in this issue, "Terms of Reference & Vectoralist Transgressions: Situating Certain Literary Transactions over Networked Services," accessed here.

It is suggested that readers may wish to turn to the poem before the essay. It is hoped that once they have read its commentary, they may return to the poem. The use of pentametric rhythmical lineation and pseudo-archaic diction is neither pastiche or humor; it is part of a lament for public discourse, poetically rendered.